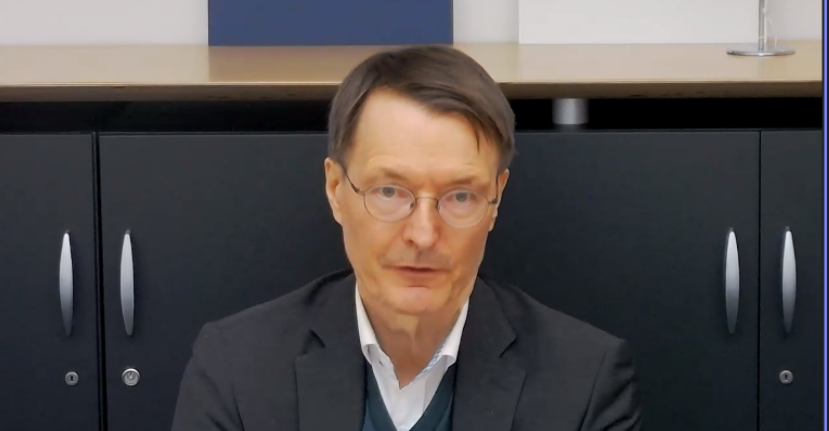 Improvements in pandemic preparedness through a concrete roadmap, funding commitments for global initiatives fighting antimicrobial resistances as well as the decision among the G7 to build climate-neutral health systems by 2050 were three major achievements of the G7 Presidency under the German lead. By highlighting these three deliverables, German Federal Minister of Health Prof. Dr Karl Lauterbach kicked-off his personal retrospective of this year’s G7 presidency at the event hosted by the Global Health Hub Germany on 5 December.

The Global Health Hub Germany has closely accompanied the health track of this years’ German G7 Presidency. The event series facilitated by the Hub allowed the public to gain an insight into the G7 process with a kick-off event in the beginning of the presidency in 2022, announcing the key priorities of the health track and subsequent events to facilitate the exchange between the G7 Engagement Groups and German policymakers. As Kristina Knispel, managing director of the Hub, pointed out, “It is now time to critically reflect on the past months and the key deliverables of this year’s G7 Presidency”.

In order to follow the Pact for Pandemic Readiness, which was agreed at the G7 Health Ministers' meeting in May, experts working in the field of pandemic preparedness and response were invited to Berlin by the G7 Presidency to analyse the current landscape of pandemic prevention and how to fill gaps. The results of this exchange demonstrated shortcomings in the area of surveillance for public health threats and the need to strengthen public health emergency workforce. The G7 Pact for Pandemic Readiness next to the Pandemic Fund at the World Bank will support countries in building a strong public health emergency workforce and by strengthening collaborative surveillance. According to Minister Lauterbach, the German G7 Presidency was able to accelerate the process at the World Bank and thus have a lasting impact on the preparedness of countries especially in low-and middle-income settings.

Agreeing on climate-neutral health systems by 2050 has been a central success of the German G7 Presidency. To achieve the goal of transforming the German healthcare system in the next decades towards climate neutrality, Lauterbach stressed the need to heavily invest in the central infrastructure of hospitals and primary care facilities in particular heating and cooling systems as well as their supply chains. While agreeing on the aim to transform health systems by 2050, the lack of strong commitments at COP27 will affect the health of people worldwide with populations in low-and middle-income countries experiencing the highest burden of climate related health consequences.

Germany’s pioneer role in the fight against Antimicrobial Resistances

Central to the discussion was the question of continuity between presidencies. With Japan announcing preliminary key priorities of the presidency in 2023, Anja Wehler-Schöck, International Editor at “Der Tagesspiegel” and moderator of the event questioned whether deliverables in areas such as AMR might not be followed-up during the next presidency. Minister Lauterbach reassured that Japan and Germany have a long history of working together on antimicrobial resistances and antimicrobial use and will continue to do so throughout the next year. Progress in the research of developing antimicrobial drugs through artificial intelligence as well as G7 commitment on national measurable targets of antimicrobial use in the human, animal and environment sector by 2023 will ensure success within the area of AMR. In addition to these political commitments, wastewater surveillance has demonstrated to be useful in assessing and predicting the spread of COVID-19 and serves as an equally valuable monitoring system for potential drug resistances, according to Lauterbach, which is why Germany will enhance their own wastewater surveillance systems.

The strength of multilateralism has not only been demonstrated during the Russian attack on Ukraine. Throughout the entire G7 and G20 presidency Germany was able to work closely with partners in an informal manner on questions of Global Health. As Lauterbach pointed out, bilateral direct contact between the health ministers has demonstrated to be highly valuable when it comes to Global Health questions of the different areas such as vaccine availability and purchases. As such, the G7 allowed for collegial exchange on various occasions and a shared commitment to work as a team on Global Health issues.

Especially in light of the obstructed G20 negotiations due to the war of Russia against Ukraine, the G7 presidency, according to Lauterbach, was ever more important to continue the progress in Global Health of previous presidencies. 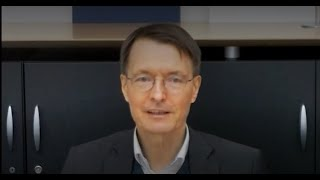 With the consent, all YouTube videos on this page will be activated. We point out, that data will then be transmitted to YouTube.